Thank you to all the 2021 Speakers 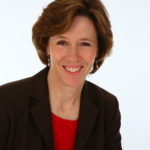 Anne Munch, JD
Anne Munch has 27 years’ experience as a career prosecutor and advocate for victims of domestic violence, sexual assault and stalking.  As a subject matter expert for the United States Air Force, the United States Army and the United States Navy, Ms. Munch has worked extensively on the development of the Sexual Assault Prevention and Response programs in the military. Her enthusiasm and passion for her work have been described as “contagious.”  She understands the complexity of crimes involving violence against women and the inherent challenges faced by victims. She is dedicated to improving our response to crimes of domestic violence, sexual assault and stalking. 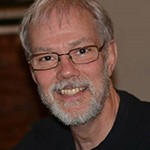 David Prescott, LCSW, LICSW
A mental health practitioner with 36 years in the field, David Prescott is the editor of Safer Society Press. He has authored or edited 20 books in the areas of understanding and improving services to at-risk clients. He is best known for his work in the areas of understanding, assessing, and treating sexual violence and trauma. Mr. Prescott is the recipient of the 2014 Distinguished Contribution Award from the Association for the Treatment of Sexual Abusers and the 2018 recipient of the National Adolescent Perpetration Network’s C. Henry Kempe Lifetime Achievement Award. Mr. Prescott regularly lectures and provides training around the world. 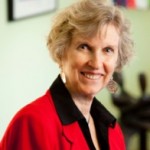 Anna Salter, PhD
Dr. Anna Salter received her PhD in clinical psychology and public practice from Harvard University and obtained a master’s degree in child study from Tufts. She was a teaching fellow at both universities. Dr. Salter has lived in Madison, Wisconsin since 1996 and consults half time to the Wisconsin Department of Corrections. In addition, she lectures and consults on sex offenders and victims throughout the United States and abroad. She has keynoted conferences on sexual abuse in Australia, New Zealand, Scotland and England. In all, she has conducted trainings in 50 states and 10 countries. Dr. Salter also evaluates sex offenders for civil commitment proceedings and other purposes. 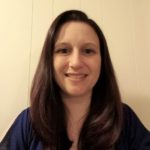 Jill Stinson, PhD
East Tennessee State University
Dr. Jill D. Stinson’s research focuses on sex offenders with serious mental illness, personality disorders, self-regulatory problems, and histories of early childhood maltreatment, as well as issues related to sex offender community re-entry, stigma, and suicidality. Dr. Stinson has authored three books related to sex offender etiology, treatment, and motivation to engage in therapy. She serves as an Associate Editor for ATSA’s official journal, Sexual Abuse, and has been on the Professional Issues Committee, Public Policy Committee, Membership Committee, and several Conference Planning Committees for ATSA, with an appointment of Co-Chair for the 2020 ATSA Conference in San Antonio, Texas. Dr. Stinson is a licensed psychologist and an Associate Professor and Director of Clinical Training at East Tennessee State University. She received her dual doctorate in Clinical Psychology and Psychology, Policy, and Law from the University of Arizona prior to serving as the Director of Sex Offender Treatment at Fulton State Hospital with the Missouri Department of Mental Health. 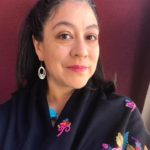 Myra Strand
Strand2 Squared
Myra Strand is the chief servant leader of Strand2 Squared, where she provides training and education in person and online. Ms. Strand also provides consultation and agency support in the areas of trauma and response. Last year, Strand Squared provided educational services to over 30,000 professionals. Ms. Strand began working with people who live with trauma in 1995. She has experience working with youth who have complex trauma and/or serious mental illness, people with developmental disabilities, youth in competing war zones, offenders, death notification, and victims of all crime types. 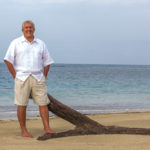 Mark Yarbrough
Mark Yarbrough was elected to five terms as the Lamb County & District Attorney.  He served for 20 years, prosecuting everything from death penalty cases to DWIs.  During his tenure, in 2002, he was awarded the M.A.D.D. regional prosecutor of the year.  He served on the board of directors for the Texas District & County Attorney’s Association, and is a member of the National District Attorney’s Association.  He also is one of the founding fellows of the Texas Prosecutor’s Society.  Mr. Yarbrough is listed by the Lawyers of Distinction as one of the top 10 percent of lawyers in the United States, and by the American Institute of Criminal Law Attorneys as one of the “10 Best Attorneys” for Texas.  He graduated from Abilene Christian University in 1984. At the end of 2012, Mark retired as District Attorney and travels the country giving motivational speeches regarding Burnout.  He has also written and been published on the subject of Burnout.